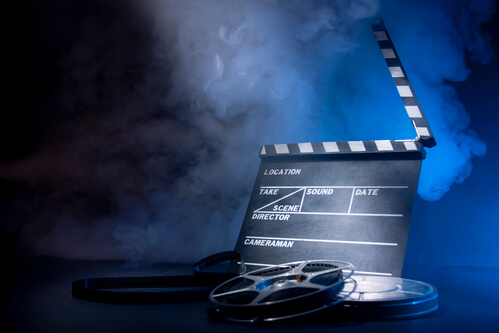 If you’ve exhausted all your “movies playing near me” online search efforts, then why not try the Baylor University’s Movie Mondays happening at the Hippodrome?

Movie Mondays is a collaboration between the Waco Hippodrome, Baylor University’s Department of Student Activities, and many campus partners.

Free for the Community

Throughout the Spring semester, the Waco community and students of Baylor will get a chance to view important documentary movies and thought-provoking independent films– all addressing relevant local and global topics – all for free. However, tickets are required and can be picked up at the Baylor Ticket Office or the Waco Hippodrome Box.

Here is the showtime schedule of the movies playing at the Hippodrome for Baylor University’s Movie Mondays.

Say Her Name: The Life and Death of Sandra Bland

Presented by the Department of Multicultural Affairs and Black Student Coalition

In 2015, Sandra Bland was arrested for a traffic violation in 2015 in a small town in Texas. Three days later, she was discovered in her jail cell hanging with a noose tied around her neck. Her death then started allegations of racially-fueled police murder because of her being black. Filmmaker David Heilbroner and Kate Davis worked with Sandra’s family and legal team and tracked the two-year legal battle to find out what really happened to her. The film includes unheard details about the case as well as a deep personal understanding of Sandra’s life and passion – all told from Sandra’s own voice. They unearth video blogs of Sandra talking about diverse topics – from how to take care of your natural hair to the importance of learning about black history to police brutality.

Presented by the Department of Multicultural Affairs and Black Student Coalition

Diana Ross plays Dorothy, a Harlem schoolteacher who was whisked away to Oz, an urban fantasy land one stormy night. Upon arriving in this magical land, Dorothy accidentally kills the Wicked Witch of the East. She later learns about Wiz, played by Richard Pryor, who has the power to help her get back to Manhattan. Dorothy goes on to look for the Wiz. In her journey, she’s joined by the Tin Man, played by Nipsey Russell, the Cowardly Lion, played by Ted Ross, and the Scarecrow, played by Michael Jackson.

Free Solo is the stunning and in-depth story of Alex Honnold, a free soloist climber. The film shows Honnold’s preparation to achieve his biggest dream: climbing the El Capitan, a 3,000-ft rock, in Yosemite National Park… without a rope. Award-winning documentary filmmaker E. Chai Vasarhelyi and mountaineer and world-renowned photographer Jimmy Chin, along with National Geographic Films cooperated to make this production a reality. It celebrates the greatest athletic challenge of all time: achieve perfection or suffer grave repercussions, as what Honnold’s climb portrays. Free Solo is both an inspiring and thrilling story of an athlete as he explores the edges of the mental and physical potential of the human body – ultimately attempting to achieve the victory of the human spirit.

On the Basis of Sex

Presented by the Department of Multicultural Affairs

Another “movies playing near me” option you can give a try at the Waco Hippodrome is On the Basis of Sex. A story of Ruth Bader Ginsburg, played by Felicity Jones. Ruth is a new mother and struggling attorney who battles adversity and tries to surpass numerous hurdles in her quest for equal rights. Ruth takes on a tax suit, that is bigger than she thought it is. Taking on case changes the direction of Ruth’s legal career, as well as the court’s and society’s opinion on gender discrimination.

Rublev is a sprawling Russian drama film that highlights the life of Andrei Rublev (Anatoliy Solonitsyn), an esteemed religious icon painter and monk. Rublev sees a fierce fight, and the peaceful monk accidentally gets involved. He chooses to take a vow of silence and stops working on his art. He takes steps to ease his troubled soul and mind as he explores his love for art once again.

See You at the Hippodrome!

With these important and well-acclaimed films, you don’t have to spend a lot of times searching for “movies playing near me” online. For a full schedule of Baylor University’s Movie Mondays at the Hippodrome, click here. We’ll see you there!