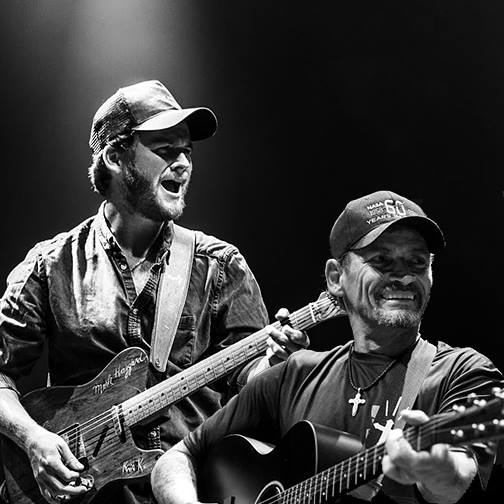 Ben & Noel Haggard, originally scheduled for March 20th, 2020, has been postponed and rescheduled for June 5th, 2020. All tickets for the original show date will be honored on the rescheduled date, and you can continue purchasing tickets on the same ticket page. If you cannot attend on June 5th, you can receive a full refund by emailing [email protected]

Ben and Noel Haggard, sons of Merle Haggard, pay tribute to their father as they perform his classic hit songs.

For fans of his late, legendary father, country music great Merle Haggard, his youngest son Ben is no Stranger – in fact, he’s been the lead guitarist in Hag’s longtime band of the same name for the past eight years, since he was 15 years old, fitting in easily with veterans like musical director Norm Hamlet and Scott Joss. Ben was a regular on Merle Haggard’s recordings, took the stage with him and the Highwaymen (Willie Nelson and Kris Kristofferson) as well as Blake Shelton for a memorable performance at the 2014 Grammys and for the 2012 “All for the Hall” show besides two of his idols, Vince Gill and Keith Urban.