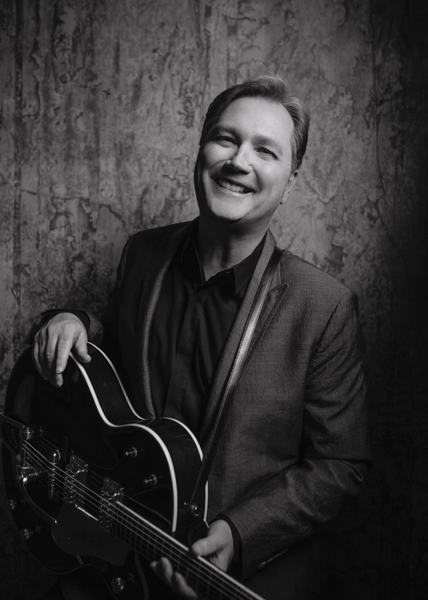 Steve Wariner, originally scheduled for March 27th, 2020, has been postponed and rescheduled for November 12th, 2020. All tickets for the original show date will be honored on the rescheduled date, and you can continue purchasing tickets on the same ticket page. If you cannot attend on November 12th, you can receive a full refund by emailing [email protected]

Twenty albums into his five-decade career, Steve Wariner still has plenty of musical tricks up his sleeve. On All Over The Map, his fans will hear him like never before. For the first time, Wariner displays the astonishing breadth of his talents on one album. All Over The Map, on Wariner’s own SelecTone Records, showcases not only the dazzling, innovative guitar work for which he’s so well known, but his command of other instruments as well.
People know me as an artist and a guitar player, but I don’t think they know the full musician side of me, including playing steel, lap steel, drums and even upright bass,” Wariner says, all of which he tackles on the new set. “This album pulls back all the layers.”
Throughout All Over The Map’s five instrumentals and seven vocal songs, Wariner brings a sense of joy to his music that rings out as an expression that is at once deeply personal, but also universal.
“This album is me. It is what I do,” the four-time GRAMMY Award winner says. “This just shows off everything that I love and what I’m about—not only the writing, but the musicianship and where I come from, my roots and my blood. This is me right here.” It’s so thoroughly him, that Wariner, an accomplished artist, even painted the cover artwork.
As the album title aptly captures, stylistically, the music is exhilaratingly diverse, spanning country, bluegrass, rock, jazz and pop, all unified by Wariner’s adroit playing and singing. As Wariner, who wrote 10 of the 12 tracks here, worked with musical friends and heroes from all over the world—including some from as far away as Australia—he realized he was spanning the globe geographically as well. “People would say, ‘Describe the album’ and I’d say ‘Well, it showcases my singing, my musicianship, I’ve got guests, there’s some instrumentals. It’s all over the map’,” he recalls. “Finally one day, I go, ‘that’s my title right there!’”
Top among Wariner’s collaborators is the late, legendary Merle Haggard. The pair co-wrote heartbreaking, traditional country ballad, “When I Still Mattered To You” in 1996 and Wariner revisited the track after Haggard’s death earlier this year.
Wariner, who produced the album primarily at Twangra-La, his home studio outside of Nashville, also enlisted a league of top-flight musicians to work with, making it his most guest-laden album since his acclaimed instrumental set, 1996’s No More Mr. Nice Guy. “I just started thinking about some of my pals I hadn’t had a chance to record with,” he says.
The Grand Ole Opry member brought in brilliant guitarist Eric Johnson for lilting, jazzy instrumental, “Meanwhile Back In Austin,” Rock & Roll Hall of Famer Duane Eddy for the twangy “Nashville Spy-line” and Jack Pearson, known for his work with The Allman Bros., for rollicking album opener, “Drop Top,” a remake of Billy Love’s 1952 Chess Records cut. The Kentucky Headhunters’ Greg Martin plays on the swampy “Way It Goes,” which features a rare social commentary from Wariner, while his longtime buddy Ricky Skaggs provides exquisite mandolin accompaniment on bluegrass delight, “Down Sawmill Road.”
“This is about the highest level of musicianship you can get, these guys,” Wariner says. “That’s what I wanted and what’s amazing is they’re all my friends. In the case of Eric and Jack, I’ve known them forever but never did have a chance to go in and cut with them. That part of the bucket list is pretty much being fulfilled.”
Wariner started crafting the album more than 20 months ago, beginning with the breezy “CGP,” shorthand for Certified Guitar Player, a designation lovingly bestowed upon him and four other guitarists by Chet Atkins for their exemplary playing prowess. He’s joined by the other two remaining CGPs, Tommy Emmanuel and John Knowles, in the tribute to their friend and mentor.
Wariner even manages to duet with himself on guitar and steel guitar on tangy “Modulation Situation.” The shootout came at the suggestion of his son, Ryan, whose bluesy rocker, “The Last Word,” Wariner recorded for All Over The Map, playing alongside his son.
The most personal song on the album is “Mr Roy,” a western swing tribute to his dad, featuring Wariner on lap steel. “This is really a tip of the hat to my pop, who is such a dear influence for me,” he says. By the time Wariner was 10, he was playing drums with his father’s band. He then picked up the bass, and as a teenager, moved from his native Indiana to Nashville and joined Dottie West’s band. It was only a few years later that Atkins signed him to RCA and produced his first recordings. More than 30 Top 10 hits followed, including 14 No. 1s such as “All Roads Lead To You,” “Some Fools Never Learn,” “ Lynda,” and “Where Did I Go Wrong.” The moving “Holes In The Floor Of Heaven” garnered Wariner the ACM award for Song Of The Year in 1999, as well as CMA awards for Song and Single Of The Year. Additionally, artists ranging from Garth Brooks, Keith Urban and Clint Black have all scored hits with Wariner-penned songs.
Forty years after signing his first record deal with RCA, Wariner’s passion for writing, playing and singing music remains undiminished. “I was every bit as enthusiastic about recording this project as I was the very first day I went in with Chet Atkins in 1977 and recorded my first stuff. I still get as excited, especially when the room is full of great players. The joy is in creating for me, and it never goes away.”
As he prepares to release All Over The Map, he urges his fans to do some traveling with him, perhaps over some new musical terrain, as he continues the journey he started so long ago. “I came to Nashville when I was 17,” he says. “I came here as a player. I still am. And I wanted this album to show every facet of what I do and what I love. This record just reveals who I am.”